- December 03, 2012
My deer season at home in Georgia has been pretty slow. I've hunted some but the unfortunate part of working retail is that as the deer rut kicks in this time of year, so do holiday sales. I had this past week off but had to cancel it due to events at work. That's really put a dent in my time in the woods. 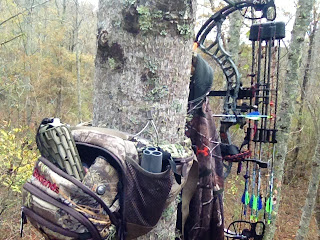 I've also been hunting a lot of unfamiliar, public land, and both of those can make for a challenging season. I moved to the north side of Atlanta right as season started and haven had a chance to secure any private hunting property on this side of town. That is first on the list before next season though! I've seen deer sign in the areas I've spent the most time in, but I believe the deer are mostly nocturnal on these public tracts.

But I'm not complaining! Any chance to be in the outdoors, sitting in a treestand and interacting with nature is a blessing and I'm thankful to be able to do it. My buddy Mark at Sole Adventure makes some great points about perspective at the end of this post. Check it out! 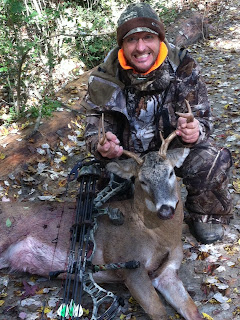 A couple of my friends have killed smaller bucks and some does have been taken as well. It's always great to share in the success of your friends. Although the deer will likely be in lockdown here soon, I've still got some more time and hopefully will have a Georgia whitetail on the ground before season is over. 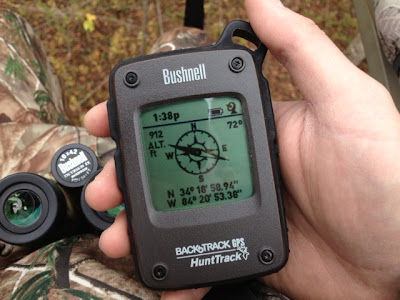 In the meantime, I've been having fun reviewing a Bushnell HuntTrack GPS. It's an awesome little gadget that is simple to use and works like a charm. Look for that review coming soon.