It Gets in Your Blood 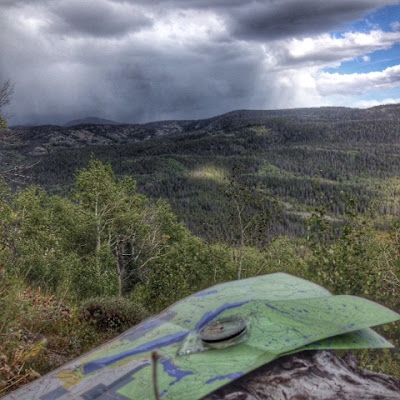 As I rode back to my parents' house with my dad after another unsuccessful elk hunt a few weeks ago, we began to wax philosophical about the wapiti and the pursuit thereof.

"It gets in your blood," he said about hearing your first bugle. I don't think there's any phrase that so perfectly and succinctly describes what happens the first time you hear that throaty, growling, then ascending squeal echoing from a distant ridge or meadow at daybreak. The only other moment that can come close is the first time you hear a turkey gobble on a cool morning before he flies down off the roost. 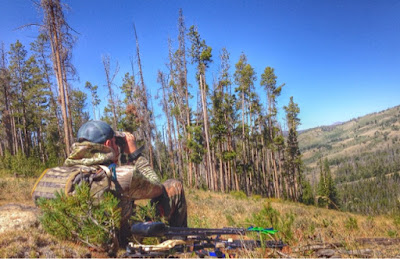 When I first heard an elk bugle, I wasn't serious about hunting. I hunted, but it was more about spending time with my dad than the actual hunting part. "If I had my 'druthers'" as he would say, I would have chosen fishing over hunting. In fact, the last couple of years I lived in Wyoming, I barely hunted because my bass boat kept calling me to the great smallmouth bass fishing action that fall could bring. Truth be told, I think many times I enjoyed the time spent in the truck with the heater cranked up in between morning and evening hunts listening to Wyoming Cowboys football than the hunting itself. Still, that bugle worked its way into my veins somehow and would resurface later as one of my greatest passions. 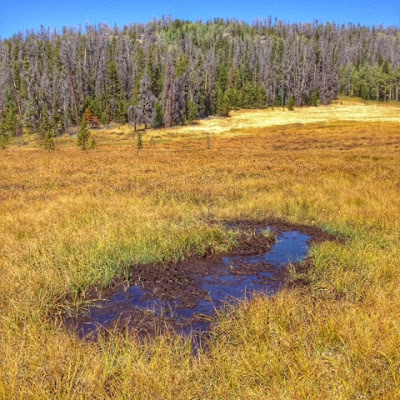 I think what piqued my interest in chasing elk was discovering the sport of archery after moving to Georgia. When I hunted elk before, it was usually in October rifle season when the weather was usually cold. I had yet to learn the benefits of layering and usually bundled up so well that by the time we got out of the truck and walked into where we were hunting, I was pretty sweaty. Of course then I would get chilled and could be in for a long morning waiting for the sun to rise. It was also post rut, and there wasn't much bugling or other activity to really excite a young hunter. Archery hunting meant getting in the mountains a little earlier. Rifle shots hadn't made the game spooky and the activity involved with the rut that happens in mid-to-late September made elk hunting a whole new ball game. 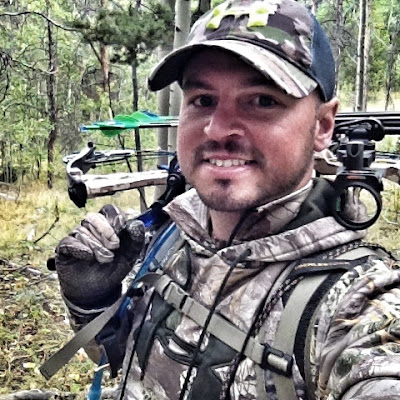 This year's elk season served me another tag sandwich, but ya know what? I'll be back at it next year. My non-hunting friends remark that I spent a lot of money to go out west and chase elk and come back with nothing but a water-resistant piece of paper issued from the state of Wyoming to show for it. But those friends might spend the same amount of money on a condo at the beach in Destin and come home with nothing more than sand all over the floorboards of their car. If nothing else, I got to spend a week in beautiful country with my dad. 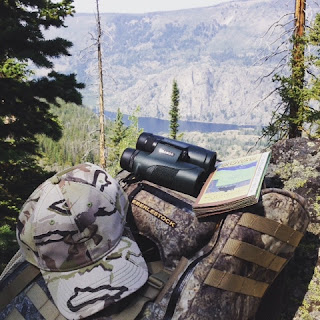 As I write this, I'm preparing to head to elk camp in the Bridger National Forest in Wyoming with my dad. I was here about 2 weeks ago doing some scouting as this would be the first time I've hunted this area. My hopes are high because Wyoming elk have kicked my butt the last few years and I'm ready to turn the tables on them! 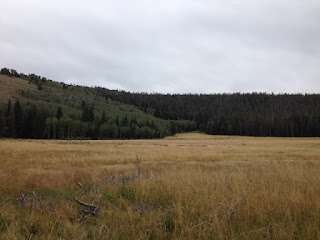 While scouting I did find some sign, but my main goal was to break down some general areas that I could really work over  once I was back here to hunt. This is the first weekend of the season so I'm expecting some company on the trails, but hopefully the somewhat difficult access and lack of roads will keep the crowds away, or at least concentrate them on the roads. I'm not what I would consider a lucky hunter, so I've become accustomed to covering ground and working hard. Usually to no avail, but not for lack of effort. Hopefully I'll be posting a success story in a week or less and have something to show for all the tag soup I've eaten the past few years!

at 8:40 AM No comments:
Newer Posts Older Posts Home
Subscribe to: Posts (Atom)