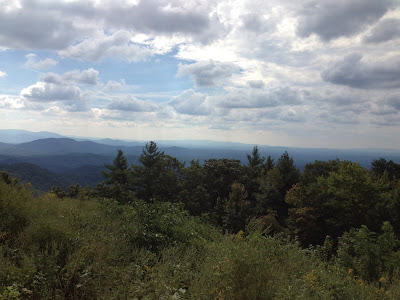 I've been spending my available hunting days here at home in the Cohutta Wilderness and Wildlife Management area just north of where I live. It's a beautiful area home to a healthy black bear population and every year more Georgia bears are killed here than anywhere else in the state. My first hunting trip here was also my first time going into the area, so this has been a "scout-as-you-hunt" proposition for me. My first two days I saw 4 bears, so things looked good right away. 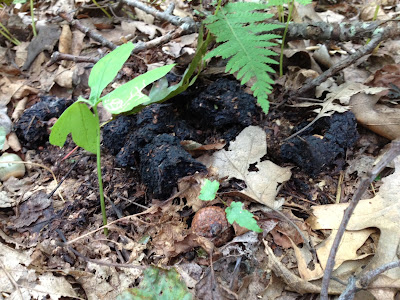 Those were also the only bears I saw all season here, but I was able to learn about the area and do a lot of scouting. I found plentiful sign in some areas, and others devoid of any bear activity. Resident hunters here always say to look for the acorns and you'll find the bears. The only problem was, there were acorns everywhere! The task of narrowing down a small area to concentrate on was easier said than done, so I spent a lot of time walking and scouting new ground.

Baiting is illegal in the northern zone of Georgia, so bear hunting is much like deer hunting. You are looking for trails and funnels in addition to feeding and bedding areas, and hoping to catch the bears in between. The steep country and beautiful scenery make this a very different hunt than most would expect to encounter in the south. This is a true wilderness area, with no motorized or wheeled traffic allowed on most trails. Horses are even restricted in some areas. 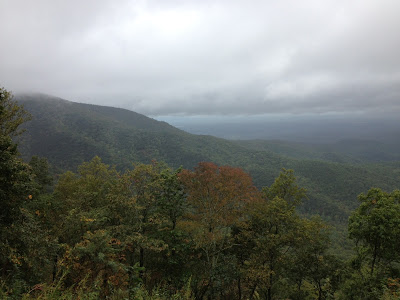 The season in the Cohutta Wilderness/WMA tract has closed, but there are areas of state land inhabited by bears that I hope to pay a visit to before the deer rut begins. Although I didn't harvest a bear here, this has been some of the most enjoyable hunting I've done in Georgia and it's fast becoming my favorite area in the state. There's also some great trout fishing close by so I plan on spending a lot of time here during the next year, and I'll be ready for ole Smokey early next season.

A few months ago, during the last 3D shoot I did, I had a release malfunction that gave me a case of target panic. My release wasn't firing as it should and subconsciously I began to hold low and punch the release. It was bad enough that I had my worst score ever, but with hunting season approaching I didn't have any time to spare in curing the target panic or release situation. 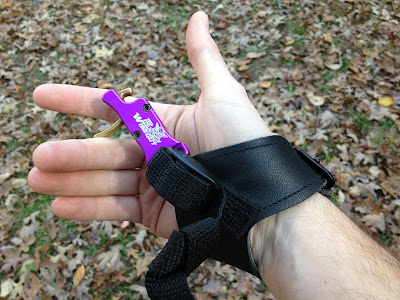 Looking for answers to both problems, I decided to stick with a wrist strap release, so I searched for a dependable fool-proof design with an open hook. I found the Wiseguy by Spot Hogg, and knowing the quality of their sights, I decided to give it a try. I chose the nylon strap connector version for two reasons. First I believe that the nylon connector would theoretically apply less torque to the string than a solid connector. And second, I have small hands and didn't feel the solid connector had enough adjustability to give me the solid finger hook around the trigger that I wanted. 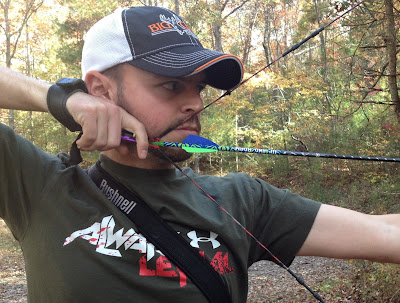 Through hard work and some intense practice I was able to cure my target panic, and using he new release my groups tightened up. The Wiseguy is a fail-proof design, meaning there is no possibility of it not firing when you pull the trigger. It is built solidly and feels natural in my hand, and it fits my small hand very well. The open-hook design makes hooking up to your loop a snap, even without looking down. This is a great feature in a hunting release in my opinion. If you haven't shot a release like this, I highly recommend it.
at 7:06 PM No comments: 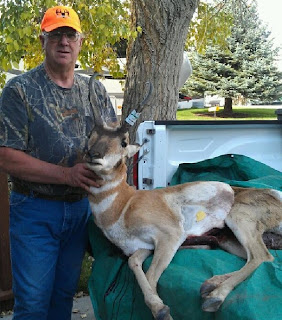 Just a couple of days after I left Wyoming, my dad went out to try and fill his antelope tag. He found this buck early, passed on him once, missed him the second time he saw him, and then connected on his third encounter. I guess it's safe to say this was HIS speed goat!