Every year, our hunting clothing options get more and more technical. Advances in materials and construction have created apparel that keeps us dry and comfortable in almost any imaginable condition. The one area of hunting apparel that has been seemingly overlooked has been blaze orange vests required during rifle and muzzleloader seasons. Until now.

A company called Orange Aglow is making lightweight, breathable and fast-drying vests that compliment technical hunting apparel. Most blaze orange vests don't fit well, are made of cotton that retains moisture and tend to flap in a breeze, creating extra noise and movement. The best from Orange Aglow solves all of those problems.

The vests are sized from M-3XL and are athletically cut with elastic in the back to fit over bulky late season clothes. The size medium fits me perfectly without being to restrictive or baggy. The vests retail for $17.99 and are available through orangeaglow.com. It's true that you can get a cheaper blaze vest that will do the job, but for the features I don't think this is a bad price at all. And it is cheaper than the heavier design from Under Armour. To me it's a great option for a very necessarily piece of gear.
at 2:54 PM No comments:

The main attraction at the ATA show every year are the new bows that are unveiled, or at least made available for us enthusiasts to fondle and shoot. This year was no exception and there are some great options out there from all of the major manufacturers. Some of the smaller companies are also producing great bows. This is truly a great time for archers because there are so many great shooting bows available. 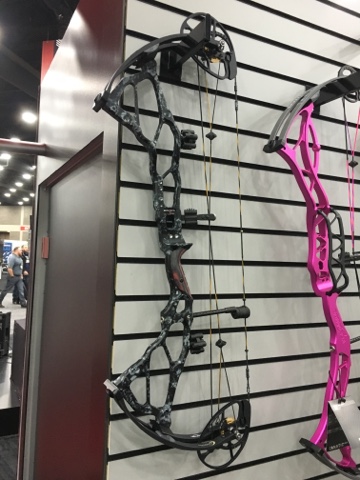 When I wasn't working the Muddy booth I was able to roam a little bit and check out some of the new gear. The year's new bows were my main interest. Having shot Bowtech for the past few years I was anxious for Bowtech's unveiling of their new bow. They are one of the few companies that always wait until the ATA show to reveal their new flagship bow. This year's release is the BT-X and it builds on Bowtech's basic speed now platform featuring a 6 inch brace height, 32 inch axle-to-axle length and IBO speeds around 350. I was able to shoot the bow and although it didn't offer anything revolutionary, it was a solid feeling and shooting bow. To me it's very similar to the RPM 360 from a couple years ago with the addition of Bowtech's PowerShift technology. This is a movable disc attached to the cam that changes the draw cycle to 3 different settings from "comfort" to "performance." 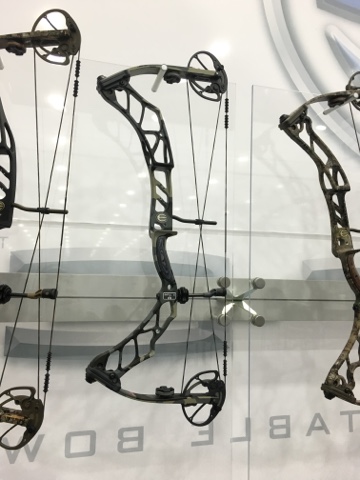 Another bow that caught my attention was the Impulse 31 and 34 from Elite Archery. Elite has traditionally produced bows on the slower end of the speed spectrum with a focus on shootability. This year, however, they have combined those two attributes in a bow that offers speeds upwards of 340fps while still offering that smooth Elite draw. This bow was a pleasure to shoot and looks, feels and shoots in every way like a premium bow. Also new this year are options for KUIU Vias and Verde camo. The finishes looked absolutely stunning on the bows I shot. 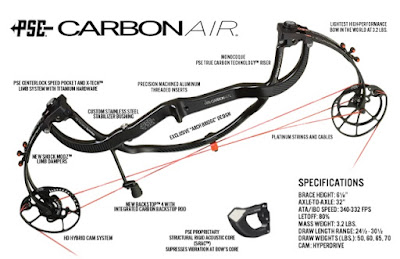 PSE has entered the carbon riser market this year with their Carbon Air. A mass weight of 3.2 pounds will make this a great bow for mountain hunters. The main disadvantage will be the $1600 price tag. Don't get me wrong, the bow is well made and technologically advanced, but Bowtech and even Hoyt have lightweight bows that cost less. It will be interesting to see how well this bow is received. 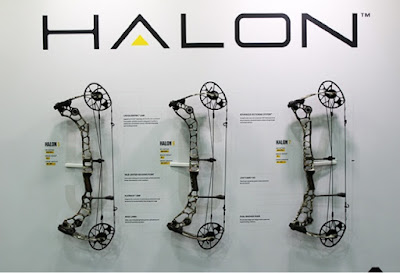 The Mathews Halon was also a great shooting bow, and the new Lost Camo XD finish is the best I've seen on their bows. My favorite version was the Halon 5, with a 5" brace height and speeds up to 353fps. This was the heaviest bow I shot, but many shooters swear by a heavier bow for consistent accuracy, so for most it would be a non-issue. 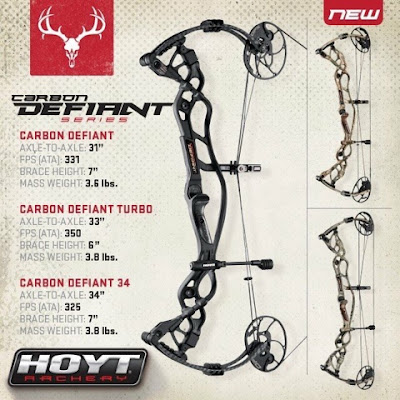 There were many other bow manufacturers present that incomplete didn't have time to check out. New Breed, APA, Obsession and Xpedition to name a few. I was able to sling a few arrows with Hoyt's Carbon Defiant and I enjoyed shooting that bow. 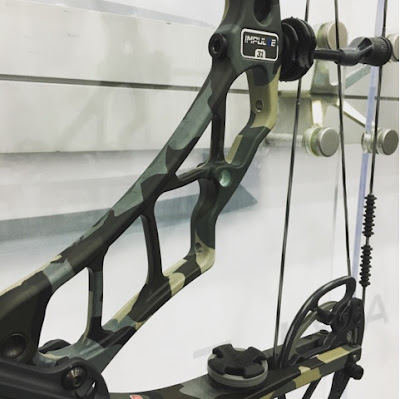 I made myself a deal after I had the cams, riser and string replaced on my Bowtech Carbon Overdrive that I wasn't going to buy a new bow this year. Having seen all the new ones is going to make sticking to that promise very difficult! I recommend shooting several if you're in the market for a new bow this year. Most companies are producing top quality bows and it really comes down to choosing the one you feel most comfortable with. In addition to their flagship bows, there are also several budget-friendly options available from the larger companies. So head to your local pro shop and shoot a few. It's a good year to be a bowhunter.
at 2:52 PM 1 comment: 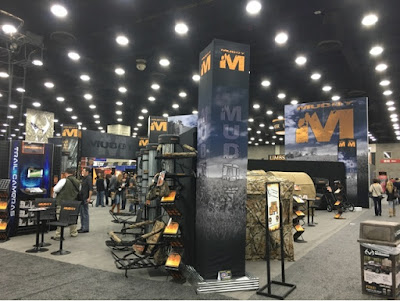 I was fortunate to be back at the Archery Trade Association show this year in Louisville, KY working with Muddy Outdoors. This show is the Super Bowl for most archery and bowhunting related manufacturers and gives dealers and the media a chance to check out new gear that will be available this year, as well as network and tell hunting stories. 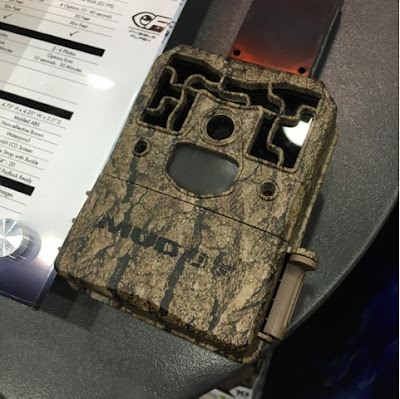 One of the most exciting new products in the Muddy booth was the Pro Cam 12, a brand new trail camera design featuring a 12 megapixel camera, blackout LED's, a 0.6 second trigger speed and 70' flash range. This camera also has a built-in cable lock channel making it easy to secure to a tree and the small size makes it easy to put a couple in your pack while you're scouting and hanging stands. The retail on this camera will be around $119.99. New also is the Pro Cam 10 which is 10 megapixels and more entry-level features for 79.99. 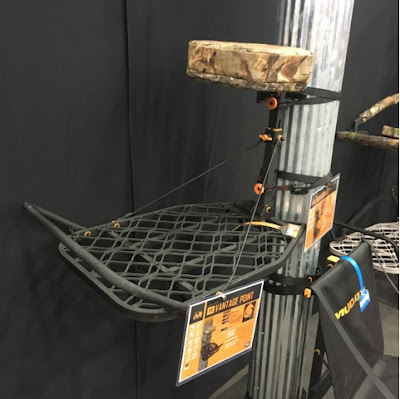 New in treestands this year is the Vantage Point, which combines the best features of last year's Vantage and Bravada models into one lightweight, super portable aluminum stand. I was able to be in the video below from ArcheryTalk.com highlighting the Vantage Point and the Pro Cams.

Another new stand this year is the Boss Hawg, a 16 foot ladder stand designed with the larger hunter or the one who just wants more room in mind. It features a wider version of our FlexTech seat and a huge 28" x 35" platform. With the popularity of filming hunts these days, the Outfitter and Hunter camera arms were hot items, as was the new portable bale blind. And for those looking for the most creature comforts possible in a hunting situation, the Muddy Bull blind has you covered.

You can find more info on these models and everything else Muddy at gomuddy.com.

Check back soon for some more cool items and people I found at the ATA Show!
at 8:43 PM No comments:
Newer Posts Older Posts Home
Subscribe to: Posts (Atom)