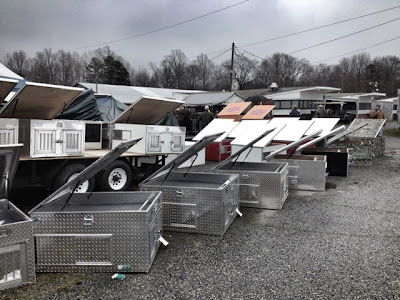 A few weeks ago I had an eye-opening experience. For one thing, I was invited on my first coon hunt by my buddy Nate Greene in North Carolina. As a bonus, we would go to a coon hunting show as well.

The first night we were supposed to hunt, we got rained out. A storm moved in a lot sooner than it was supposed to and it foiled our plans. Early the next morning, though, Nate and I met up with a few other guys, Chuck Melton, Austin Andrews and Mitchell Bass, and headed toward the show. The "show" turned out to be the 40th Annual Southeastern Treeing Walker Days in Salisbury, NC. This turned out to be a bigger deal than I initially have it credit for! 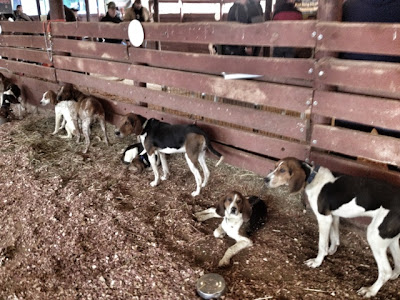 There were plenty of coon dogs for sale, contests and all sorts of coon hunting gear. And the gear was a lot more specialized than I imagined. Head lamps, briar-proof clothing, dog boxes, GPS tracking collars and hip waders by many brands were available. Later on when we went hunting, the briar-proof gear made perfect sense! 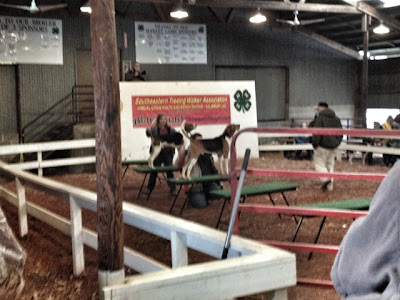 That night we were able to go out for one drop before I headed back to Georgia. Austin, Mitchell and Nate turned their dogs loose and we hoped for the best. The dogs treed a coon but it found a den and got away. After wading creeks, hopping barbed wire fences, crashing through brush and a small rodeo rounding the dogs up, we spotted a coon in a tree as we were walking out of the woods.

Although it wasn't a successful hunt, I had a great time with some good friends, and found out that coon hunting is something I'd definitely like to give another shot. Nate is convinced after a successful hunt I'll be buying a coon dog. We'll see how that works out! 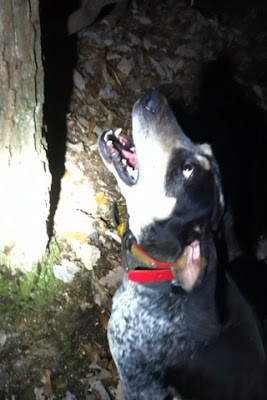 at 11:59 AM No comments:
Newer Posts Older Posts Home
Subscribe to: Posts (Atom)