I had just got out of the truck and started to get my gear together when I heard the bugle of a bull elk on the ridge behind me.

"He's right there!" I whispered to my dad as I hurriedly threw on my pack and grabbed my bow. It wasn't quite daylight yet so I used the cover of darkness to work my way up the hill to try and get into position, cow-calling as I went. As day started to break and I approached the clearing where I was sure the bull was, he was nowhere to be found. My gut instinct told me he was working his way down the ridge, so I took off through the timber, still cow-calling and hoping for a response.

I came to another clearing, and heard him bugle just on the other side of it. I scrambled to find some cover to set up in, and had no sooner got settled when he came out of the timber headed straight toward me, bugling like crazy. At about 60 yards away, he turned and began walking parallel to the timber patch I was in the edge of. He had been expecting to see a cow elk, and when one wasn't visible where he thought it should be, he hung up. Just like an old turkey gobbler will do so many times.

I was able to range him at 57 yards, and waited for his head to turn the other way. As soon as he turned his head, I started to draw. He caught my movement somehow, and just as he did, he let out a warning bark and bounded away without presenting another shot. 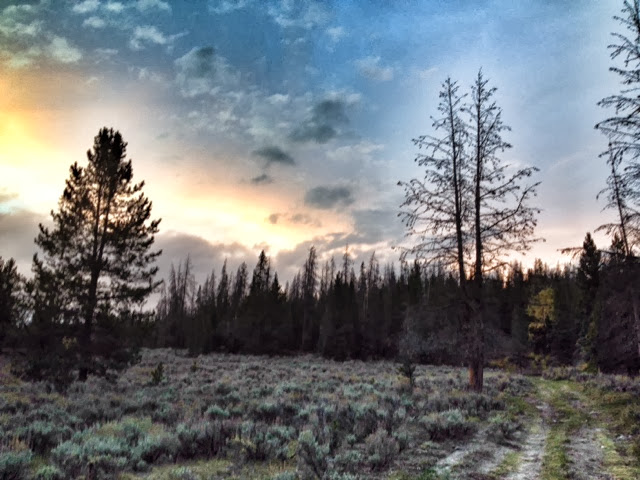 My dad and I had a conversation a few days before about how hunting often parallels life. Successes, failures, almosts, lessons learned, sacrifices made. I believe the natural types the spiritual, and there is nothing more natural than...well, nature. And not only that, but many lessons learned in the field can be applied directly to our lives. One of the greatest skills a hunter can learn is patience, and that's something we all need to learn and apply to our lives as well. Apparently, I still need some work in that department, because the Teacher keeps administering the same lesson to me over and over in the deer woods! 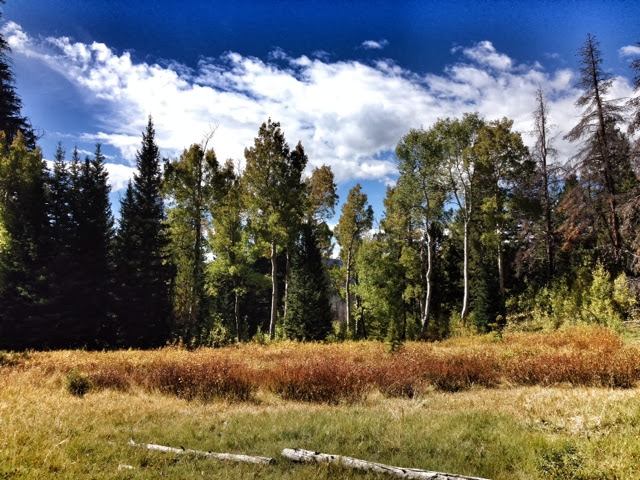 On every hunt, as in life, there are peaks and valleys. On my elk hunt, I was literally hiking up mountains and down into valleys to chase the elk. The scenario I described above came toward the latter part of the hunt, and in the end I still didn't fill my tag. Time and the weather both played a role, and the whole hunt played out like life itself. There were sunny days when all was quiet. There were times it was so windy when I couldn't have heard the elk, even if they were bugling. There was one amazing morning when I had 4 bulls bugling at one time in response to my calls, I saw a huge mule deer buck, and one bad shot at an elk brought me from the highest of highs to the lowest of lows. Then it rained. Then it snowed. 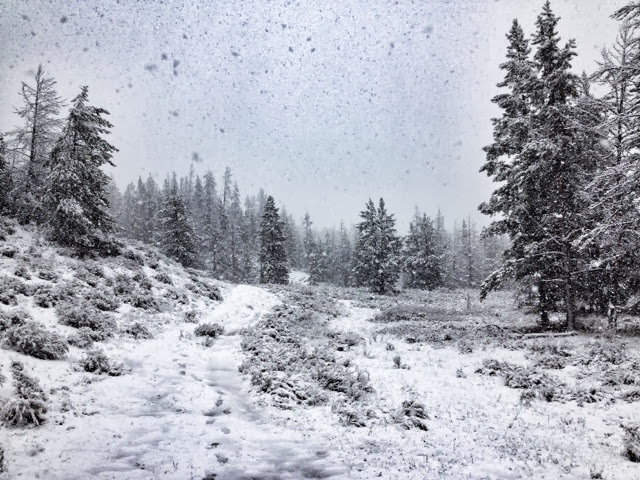 And it was possibly the best week of hunting I've ever had. That may sound strange considering I still have an elk tag to make a sandwich out of. But I spent time with my dad in beautiful country, got to interact with nature on it's own terms, was into elk almost everyday and I learned some lessons. If I'm blessed with the opportunity to hunt the area again, I know the lay of the land better, I know the elk better, and I'll have another year of practicing with my bow to make me a better hunter. Just like life, it's not all about getting "stuff" or a trophy animal to hang on the wall. It's enjoying the time you have, with people you love, in the world our Creator have us dominion over. If you keep it all in perspective, you can take as much away from the failures as you can from the victories.
at 7:59 AM 10 comments: Links to this post
Newer Posts Older Posts Home
Subscribe to: Posts (Atom)