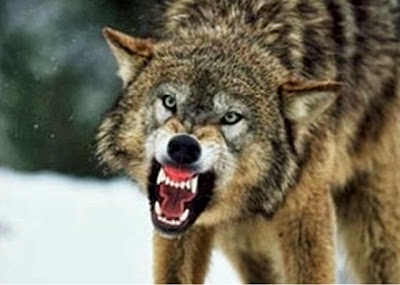 After a long review period, the Michigan Natural Resource Commission announced the approval of a wolf harvest in the state's Upper Peninsula. The goal is to harvest 43 wolves from an estimated population of 658 animals. The state has established 3 wolf management units, with different harvest totals in each, and the season will from November 15 to December 31, or until the total harvest quota is met. They will be issuing 1200 wolf tags that cost $100 for residents and $500 for non-residents with a limit of one wolf per hunter, per year. Firearms and archery hunting methods are legal.

I've posted before about my views on wolf management. And while I don't feel they need to be eliminated like they were many years ago, a comprehensive management plan, like the one Michigan is adopting, that involves hunters is a step in the right direction.
at 5:07 AM 1 comment: 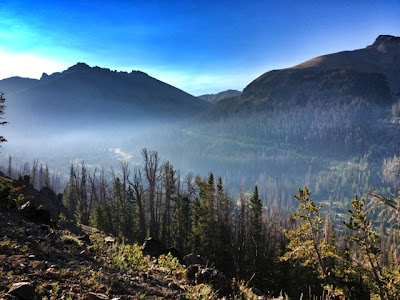 We had a plan.

The plan was to go back to the exact spot I had several close calls with good bulls last year. This year I knew the pattern. I knew the location. All I had to do was hike up the mountain and stick an arrow in a bull.

As my dad and I were driving toward Dubois, WY on Saturday evening, we began to smell smoke. The closer we got, we began to see smoke a ways off the highway to the north. Knowing the smoke was in the general direction of my hunting area gave me an uneasy feeling as we neared the turnoff to Horse Creek. Sure enough, as it began to get dark and we drove farther, you could see the orange glow of a raging fire in the sky. 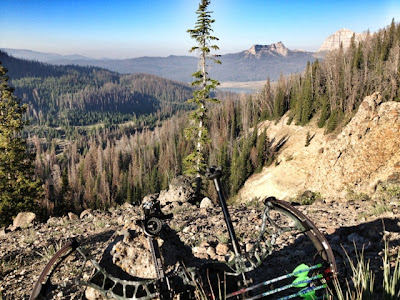 A forest ranger stopped us to inform us that the road was being closed. The fire had started the day before and grown from 4 acres to 400 in no time. It wasn't burning in the area I intended to hunt, but was closing in on the road, and homes and ranches in the area. Evacuations were in progress.

So with some disbelief that a fire had started the day before I landed that prevented me from getting to the area I wanted to hunt, we began to scramble to come up with a plan C. Plans A and B were out at this point. We stayed that night in Dubois and planned to find a new camping spot the next day. 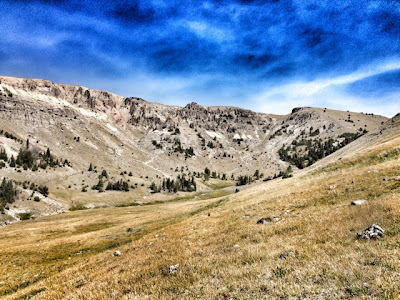 We spent the first couple of days hiking some trail heads and looking for elk or elk sign, to no avail. As for our camping plans, there were signs posted in several areas that no tent camping was allowed due to recent bear activity. Tuesday night outside our room, my dad ran into a local who gave him directions to a few spots to check out. The next morning we headed out to one of the areas. Unfortunately the directions weren't crystal clear and we ended up trespassing for a while. Once we got out bearings, we got into a decent looking area and began to see some signs of elk. 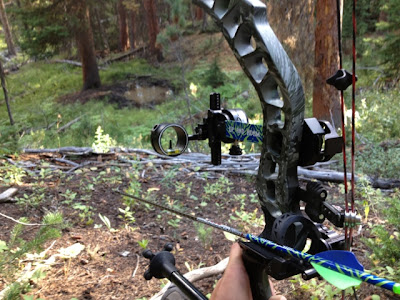 About 6:20 that evening, I heard a bugle a few hundred yards away. I cow called but didn't get a response. I decided to head back down the mountain and try to locate him in relation to the logging road I had been on. I bugled and didn't hear anything. After waiting a little while I cow called. Within two minutes, I caught movement coming up behind me on my right. I could see the body of a dark animal coming straight toward me and thought it was a moose. As it broke out into the open, I realized it was an elk! If I had realized sooner, I would've had a shot at 5 yards! As he went behind a large spruce tree, I drew my bow and waited for him to come out. Instead he walked directly away from me behind the tree. When he came out, I guessed him to be about 45 yards away. I tried grunting to stop him, and when he hesitated fora second, I rushed the shot and punched the trigger. I heard the unmistakable smack of an arrow hitting a log as the arrow went right under him. A clean miss. Turns out he was closer to 60 yards away. A full blown case of bull fever had taken hold on me. 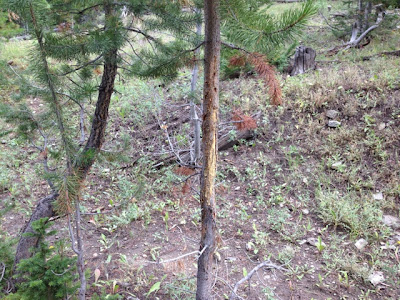 That proved to be my only encounter with a bull all week. I did get into some cows feeding in the middle of the day several times. I found a wallow that at least one bull had been using, and plenty of well-used game trails. In the end, the battle against the calendar and starting from scratch in a new area prevailed. 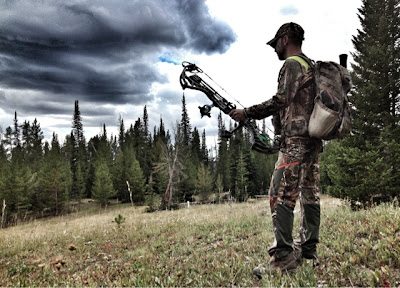 The good news is this was a bonus hunt for me. It was the earliest I've ever hunted elk and I'll be back in a few weeks to try and fill my tag. Hopefully by that time, there will be a little more bugling going on as the rut kicks in. A hidden blessing is by being forced into a new area this trip, I'll have more to work with when I come back. I'll put in some time with a topo map and HuntingGPSMaps.com between now and then and give it another go.

While at the World Deer Expo in Birmingham, AL a few weeks ago, I met Ken Stewart, the innovator of a new product in scent control that I believe may be a big hit in the outdoor industry. The product is called Body Guard 360 and it's made by Herd Guard. Body Guard 360 is a scent eliminator that also repels ticks, chiggers and fleas. This makes it handy not only for big game hunting, but also for turkey hunting in the spring, or anytime you're out in the woods. The product is sold in a concentrated form that you add water to. In it's concentrated form, it's extremely lightweight, which makes it great for traveling.