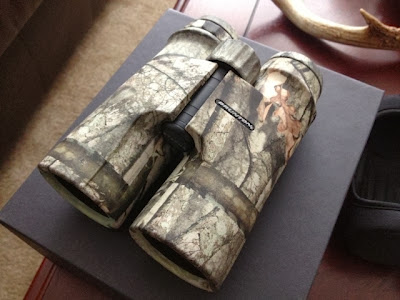 On my last week of elk hunting in Wyoming, I was able to take along a brand new set of binoculars from Brunton. There's no better place to test the clarity, durability and functionality of optics than on a western big game hunt. I was able to use these binocs in a variety of light and weather conditions.

Having grown up in Wyoming, I have been aware of the Wyoming-based Brunton Group for some time, but honestly it wasn't until I met up with Cody Winward from Brunton at a show in Raleigh, NC that I really started to find out what the company was about. Brunton makes excellent optics for hunting, but also navigation tools, solar power equipment, lighting, and a host of other products. In addition, their sister company Primus provides top-notch camping and adventure gear. Both of these are companies that have been around a long time and are committed to making quality gear for the adventurer and hunter. 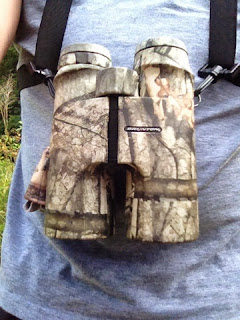 The binoculars I have are the Eterna 11x45 in Mossy Oak Treestand camo. My first impression when taking these binoculars out of the box was how sturdy they felt. They do have a little weight to them, and that was my only concern heading on my trip out west to try them out. That proved not to be a problem when using a bino-harness system.

Here's what Brunton's website has to say about the Eterna binoculars: 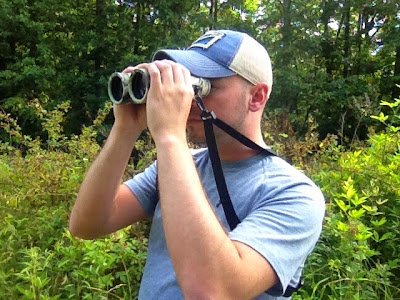 During my week long elk hunt the last week of September, I encountered jut about every weather condition Wyoming has to offer. Varying temperatures and humidity levels can make using optics frustrating, if not impossible, but these Eternas held their own and were usable through all the conditions I faced. They are crystal clear and offered great definition when picking apart distant cover looking for the tips of antlers or an elk hide.

The heft of these binocs let you know they mean business but they were never heavy or awkward feeling on my bino-harness. The Eterna is a great bino for the outdoorsman looking for quality glass at an affordable price. They definitely give you a lot of bang for your buck. If you're looking for a mid-prices binocular that is heavy on features, rugged and dependable but won't cost you your whole savings account, give the Brunton Eterna a shot.
at 7:41 PM 3 comments: 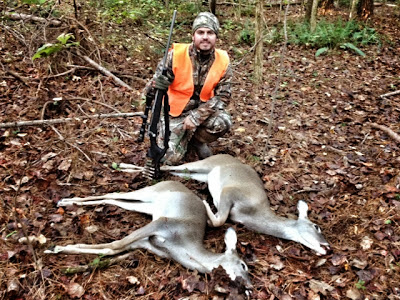 Man, there's nothing like the feeling of getting the monkey off your back. After misses, near-misses, and just not getting anything on the ground, I was finally able to relax a little about my season after an awesome morning of hunting with my buddy Roger Flynn.

"Movement up on the hill" was the first text Roger sent me. Without responding I stuck my phone back in my jacket and looked up the hill. Out stands are a few hundred yards apart, but we both have a view of the same hill, just different angles. Out of nowhere, a doe had appeared. I raised my rifle and watched her through the scope, waiting for a shot opportunity. I felt my phone vibrating as Roger sent me more texts, but I didn't check my phone. Next thing I heard the crack of his .243. The deer I had been watching never flinched. I pulled out my phone and he had several deer come out in front of him, so he picked out a doe and shot her. At the shot, one of the deer came toward my stand. She passed me broadside at 30 yards and I dropped her in her tracks. That time the first doe I had been watching ran off a ways. Two deer down, I'm thinking.

BOOM! Roger shoots again and kills another doe. This time the first deer I saw runs toward me and gives me a shot at 60 yards! She ran maybe 10 yards and crashed. 4 deer down.

Roger says he's coming my way. I almost told him we should just sit a while with this much deer movement going on. When he gets to my stand I begin climbing down, and as I make my way down we are recounting the fastest 5 minutes of hunting either one of us had witnessed.

"Look, look, look, look!" was all I could get out to whisper as another deer walks past us 40 yards away, oblivious to our presence. Roger spins around with his rifle and shoots, and the deer runs up the hill and piles up. 5 deer down. 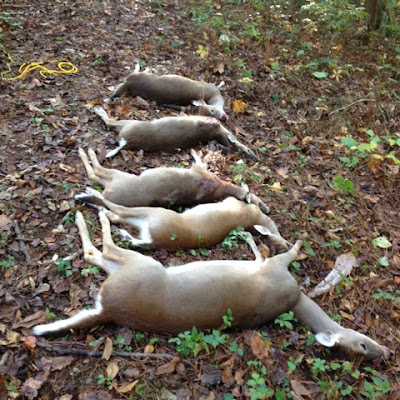 This all took place in about 18 minutes, and made for some serious work getting them all field-dressed, hauled out and off to the processor. It was a fun kind of work though. It took breaking out the boom stick to finally have some success, this year, but it's been a huge pressure release for me. I've got some venison in the freezer, and now I'm free to hunt good bucks with my rifle or bow. The rut is just around the corner, and we're starting to see signs of bucks chasing, along with some scrapes popping up. It's a great time to be in the woods.
at 6:19 AM 4 comments:
Newer Posts Older Posts Home
Subscribe to: Posts (Atom)