The smallmouth bass population on the Flaming Gorge took a huge hit several years ago with the illegal introduction of burnout into the fishery. These fish are native to many parts of the west, but not to the Green River drainage. The burbot are an aggressive feeder and tend to outcompete bass and trout for food, as well as gobble up their young, taking a big toll on their population. Although bass and rainbow trout are technically non-natives to the region, their popularity with fishermen and ability to coexist in this ecosystem created the need to manage this new invasive species. 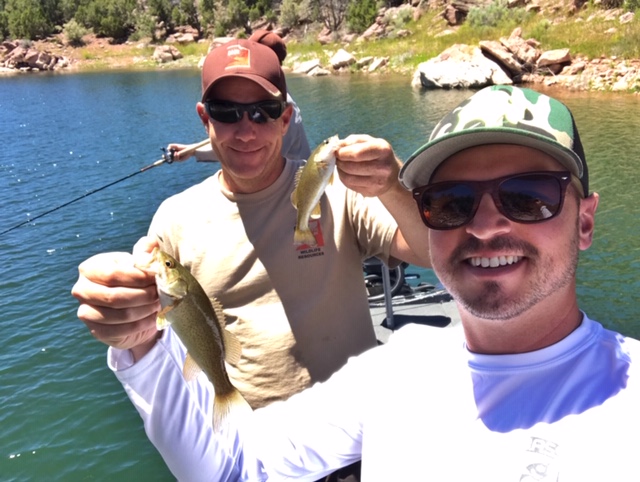 The Wyoming Game and Fish and Utah Department of Wildlife Resources have begun efforts over the last few years to replenish the bass population in the Gorge and eliminate as many burbot as possible. Fishing regulations on the Wyoming side of the Gorge prohibit keeping smallmouth and releasing burbot, and during the winter events such as the Burbot Bash Ice Fishing derby have helped to reduce burbot numbers and simultaneously boost bass and trout numbers.

Another practice that has been a boon to the bass population in Wyoming has been the capture via hook and line of fish in the Canyon region on the Utah side of the Gorge and relocation to the Wyoming side. This event is organized by the Game and Fish agencies from both states and relies on volunteers showing up to catch as many bass as possible to be moved via trucks. I was able to participate in this event this year and the results were pretty incredible. 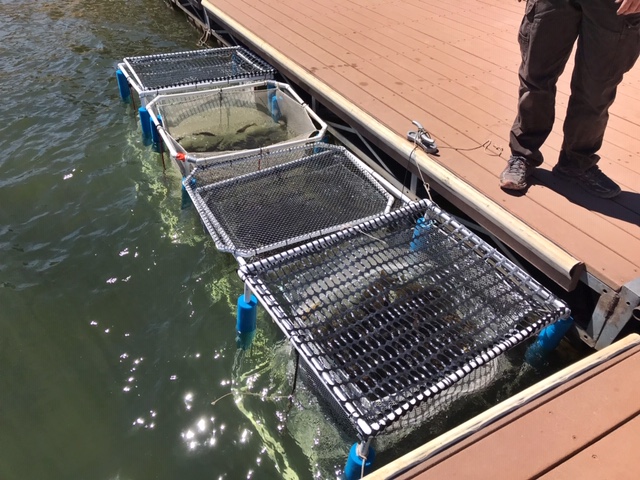 Even with the challenging afternoon winds, we were able to beat the old record of 1,430 by collecting and relocating a total of 1,445 bass in about 7-hours. The average size was 8.27 inches and 0.25 lbs (goal less than 12-inches). There was a total of 58 participants in 20 boats, from multiple groups including (but not limited to) the Wyoming Bass Federation and Nation, Utah Bass Federation and Nation, Backcountry Hunters & Anglers, US Forest Service, WGFD, UDWR, Dedicated Hunters, and volunteer anglers that just wanted to help support the fishery.

Thanks to Dave Richter, Bubba Oneill and Bubba's Mother-in-law for all the drinks and lunch from Jimmy John's and Brad Tribby for the raffle and prizes to kick off the event.
at 11:34 PM No comments:

The Smallmouth are spawning!

After waiting through a long cold spring, it looks like the smallmouth on Flaming Gorge are starting to spawn! This is a fun time of year to fish the clear waters of the Gorge and find some of the biggest fish of the year. Smallies are super aggressive on the bed and it can make for some exciting times on the water. 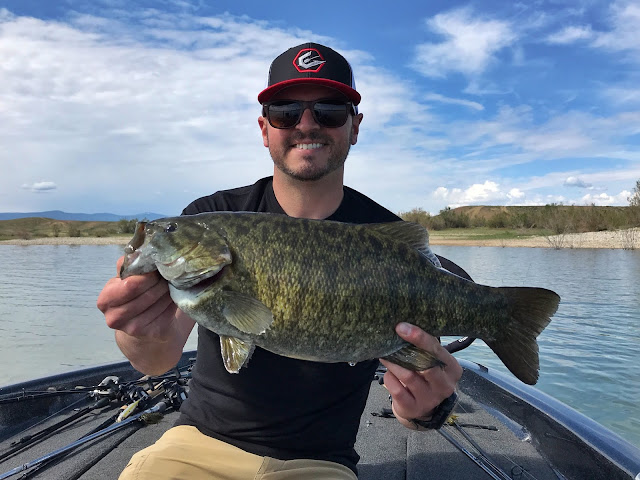 I have two presentations I use when aight fishing. The first is a white Texas-rigged YUM Christie Craw. This bait is easy to see in stained to clear water, and will usually get the bass to react. I’ll also throw a drop shot with a bright colored worm, and the advantage of the drop shot is you can let it sit in one spot for as long as you want, and sometimes that’s what it takes to tick off a bass enough for them to bite. You can even drop it on the bed, open the bail on your spinning reel and back away, leaving the bait in place. More often than not, your line is going to start moving sideways. Then just reel into him! 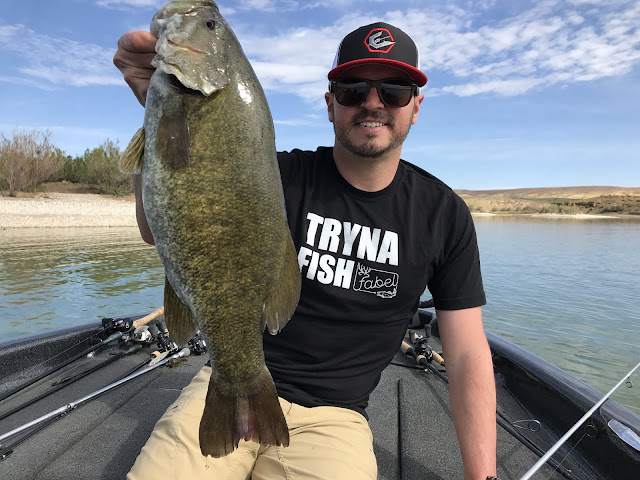 Some people don’t like the idea of sight fishing for bedding fish, due to the possibility that it could impact the success of the spawn. I don’t have any issue with bed-fishing, but I do take extra precautions to take care of the fish and get them back into the water as soon as possible. This way they get to do their thing and I still get to enjoy catching trophy quality fish.
at 9:35 PM No comments:
Newer Posts Older Posts Home
Subscribe to: Posts (Atom)