Tradition has been, at least in the past few years, for major bow manufacturers to release their new bows in January corresponding with the ATA, though several manufacturers have been pushing that date earlier and earlier into the hunting season. Several of the major manufacturers 2013 offerings were available during the 2012 hunting season. Bowtech was one of few who held the release of their new flagship bow, the Experience, until the ATA show. 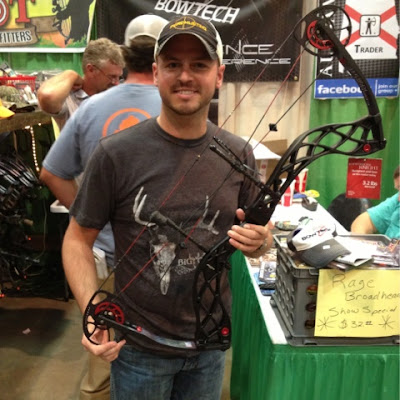 This year, they introduced a new bow in July, which is pretty radical by archery industry standards. The Carbon Knight, with its carbon riser and limb pockets, represents a new direction for Bowtech, and also a few new innovations for carbon bows in general. Hoyt's Carbon Matrix and Element bows have been the only viable forays into carbon risers. High Country produced some carbon bows a few years back with limited success. The Knight features carbon limb pockets as well, and Bowtech has shaved the weight of this bow down to 3.2 pounds! When I first held the Knight next to a Hoyt Element, the weight difference was very noticeable.

The Carbon Knight is rated at 330 fps and is only available in BlackOps finish. The bow also features BowTech’s binary cam design, a 7-inch brace height and is 32 inches axle to axle. BowTech offers the bow in 50-70 pound draw weights. 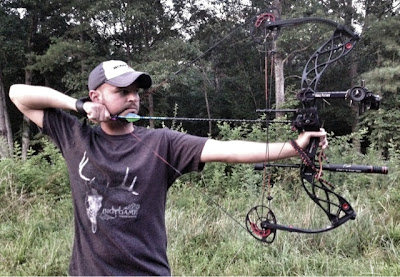 I jumped at the chance to pick up one of these new bows and give it some range time. The cam system is similar to the one used on Bowtech's popular Assassin bows, with a few improvements. The draw cycle is similar, and is smooth. The wall is extremely solid due to its limb-stop design. There didn't seem to be much of a valley, but it's very easy to hold at full draw if you're pulling against the wall.

At the shot, this bow is very quiet! This has been one of the major selling points for carbon risers, and this bow is whisper quiet. I used a Trophy Taker Xtreme rest, which is also quiet, and with an Octane stabilizer there was very little noise. The only negative I've noticed on the bow is somewhat subjective. There does seem to be more handshock than what I'm used to. Keep in mind that my current Bowtech Insanity setup weighs a great deal more than this one, and the mass of heavier bows tends to soak up more vibration. Lighter bows have some inherent handshock due to the fact that they are, well, light. 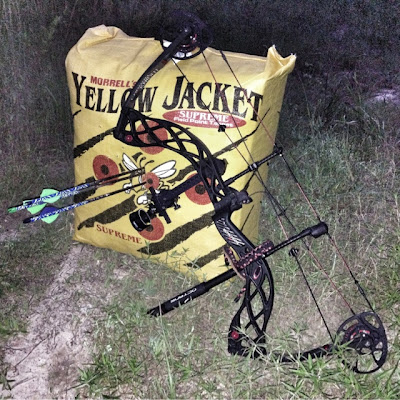 The Carbon Knight is going to retail for $849. In the world of carbon bows, that's a pretty small chunk of change. So what we have here is a lightweight bow, which is great for hunting out west in the mountains, while still keeping the price in check. Other than the carbon parts, the features of the bow are very similar to the Assassin, which has gotten great reviews the past few years.

Speculation is that Bowtech will be introducing a carbon-riser flagship bow this coming year, and that this bow is ushering in that new era. Whatever the case, the Carbon Knight is a great bow in its own right. It's super lightweight, a great shooter and very smooth, at a price far below that of its competitors carbon bows, and that's sure to make it a winner.