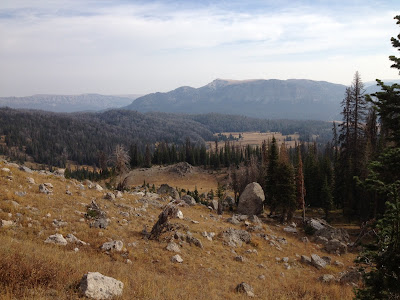 My friends over at Food for Hunters have some great recipes. I wonder if they have one for tag soup? I have an elk tag to eat. This will hardly be my first time eating a tag, but they don't seem to taste any better the more you eat. It's definitely not an acquired taste.

But before I go on, let me tell you that this isn't going to be a "woe is me" kind d of story, and aside from the fact that my tag is still intact, I actually had a great trip. I spent some quality time with my mom, dad and sister who were able to stay at the cabin in Dubois, WY that formed my "base camp." I saw some breathtakingly beautiful paintings done by our Creator and I had some close encounters with good bulls. What more can you ask for?

I know, I could ask for my tag to be wrapped around some elk antlers right now. Oh well. 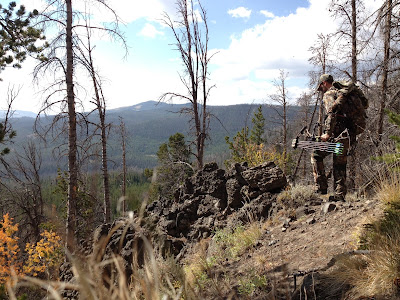 The first couple of days were pretty slow. The weather was hot and dry causing he elk to be mostly nocturnal and there was very little bugling activity or signs of the rut. I saw a spike bull one morning on a water hole, and although I speculated that sitting water would be a good bet with the weather conditions as they were, I didn't see any more activity over water the rest of the hunt.

Once I put some time into hiking new areas, I basically scrapped the areas I had located on my scouting trip. He sign in those areas wast fresh and there didn't appear to be much more activity since I was there before. I did locate some new areas that had fresher sign and eventually I got on some elk. The common theme of these areas was high elevation. I hiked farther and higher than I had on my scouting trip to find elk and I attribute that one factor to the encounters I had. 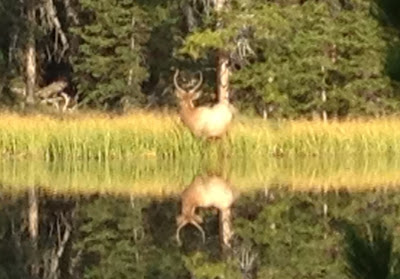 While walking up one side of a steep draw that led to a pass between two peaks,  I spotted a decent bull meandering his way along the other side. I had two things working against me in this scenario. I was out in the open and the wind had switched since I started hiking the ridge and was now angling closer to him. He was about 125 yards away, so I dropped back down on the side of he ridge opposite him and started some cow calling. At this point he turned and headed my way but disappeared into some timber. Still keeping the wind in mind I worked my way up and around hoping he would do the same in an effort to check my wind. As the time passed, he never appeared and I still am not sure if he winded me or decided I wasn't talking sweet enough.

Another consistent factor was the bulls lack of response to calling. I'll admit to not being the greatest caller, but it's hard to mess up a Primos Hoochie Mama or Cowgirl. I ran into this bull, a nice 5x5, several times during the week but  twice he busted me and another time he breezed along the ridge about 90 yards away from something else that had spooked him. The only thing I successfully called in all week was a curious black bear. 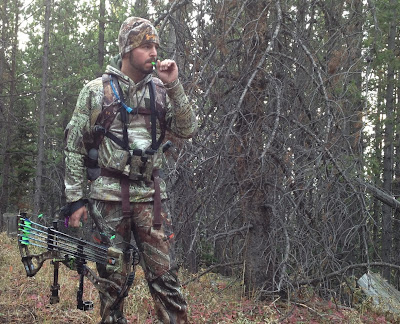 This draw would be the hub of activity for the rest of the week. I was very conscientious of wind direction, and I was only busted because of the wind one time that I'm aware of. That time it was a wide 6x6 that came from he direction I was least expecting. I had abandoned calling and focused on funnels and ambush points and was set up near a bedding area in some dark timber with the perfect wind. The only problem was the 6x6 wasn't bedded there, and came up behind me, caught my movement when I saw him, quickly circled and caught my wind. I think he only took two bounds to cover the entire ravine. He busted me at 35 yards.

One of the advantages of hiking so high was that I had the area to myself. One of the disadvantages was that it kicked my butt. I'm in decent shape but I hiked farther and up steeper grades than I had anticipated based on my previous scouting. On the last day I was still able to make the climb, but not as spryly as before. This has created a new fire in me to commit to being fit so that if I'm able to draw an elk or any other western game tag next year, I will be up to the challenge without so many rest breaks. And ibuprofen. 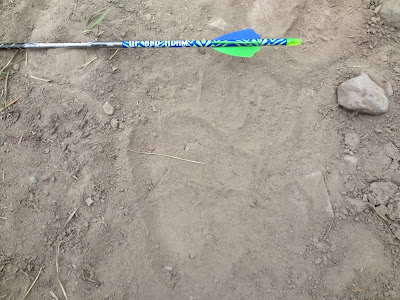 All in all I had a great hunt, tag soul aside, and I'm pretty proud of myself for finding the elk and staying on them despite the conditions. I still have plenty of local hunts to redeem myself this year and next elk season starts now.

To see more photos from the trip, go to my Facebook page Up and Adam Outdoors and check out the "September 2012" album.