Into Africa: The Wishlist

As I plan for my African safari, I was asked to create a wishlist of animals I would like to take. This was more of a challenge than I anticipated because Africa has such a wide variety of animals, and they are all so unique compared to our North American game. Of course this list isn't set in stone but it helps the Professional Hunters plan the hunt around the right locations for particular animals. After quite a bit of thought, research and countless hours searching Google images, I've finally come up with my wishlist. 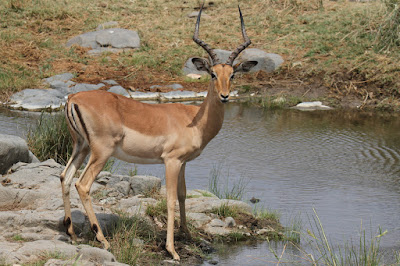 The number one animal on my list is the Impala. To me they embody the best qualities of so many Plains game animals with their beauty and grace. To me, the trip would not be complete without taking one of these. 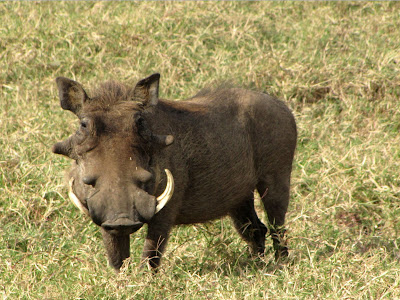 Number two on my list is the ugly little warthog, and honestly, it may really be my number one. These animals are so smart and the behaviors I've read about them make them seem like more of a challenge than most would give them credit for. Mike Helbing, the owner of Wild Wildebeest Safaris, told me that they are his favorite African game to hunt. 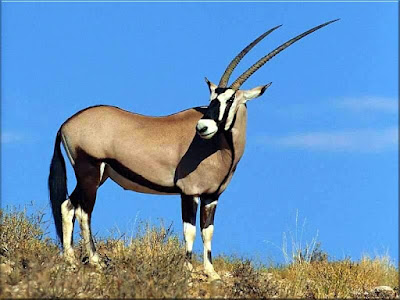 The gemsbok, or Oryx, is another animal that represents Africa, and as such is a must on my list. Its long, sweeping horns and black and white face markings are a beautiful representation of the variety and beauty of plains game. 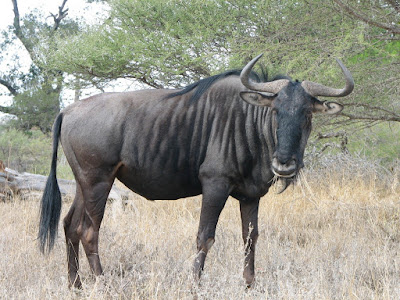 Last but not least is the blue wildebeest. Another animal that is uniquely and unquestionably African, this is another one that I feel would be a great addition to the list. It's also supposed to be some of the best eating Africa has, and I'm looking forward to that, as well as the other game on the menu.

Of course if an opportunity to take something not on the list arises, I'm game to give it a try. I've been told by several people that photos don't do many of the animals justice, and that once I see them in the flesh I may change my mind. There are so many animals there that it's bound to happen. But this list will get me started!
at 9:59 AM